Andrew Mason flails on the subjunctive

Erstwhile Groupon CEO Andrew Mason charmed employees by sending them a "genuine" letter announcing that he'd been fired and, like Evita, asking them not to cry for him.
Mason may have TMIed (a new coinage?) when he revealed that he was hoping to go to a fat farm and lose 40 pounds, but the sadder revelation was that he, a Northwestern graduate, lacks a working command of the subjunctive mood.
"I'm OK with having failed at this part of the journey,"Mason wrote. "If Groupon was Battletoads, it would be like I made it all the way to the Terra Tubes without dying on my first ever play through."

"Many writers don't know what that subjunctive case is, using 'was' when 'were' is correct," observes David Burns of Knoxville, who had University of Tennessee Professor John C. Hodges, author of the Harbrace College Handbook, for freshman English in 1950. 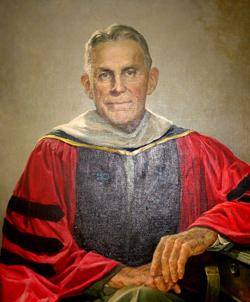 So, let's review:
In the 1946 edition of the Harbrace, Hodges (right) wrote, "Only a few distinctive forms of the subjunctive remain," noting the top two --
Hodges also made the distinction between formal and colloquial expression, giving four examples of colloquialisms we hear all the time, such as the one in the example above, "I wish that he was here."

More recent Harbraces state Rule 7d(2) as follows: The mood of a verb expresses the writer's attitude toward the factuality of what he or she is saying. The indicative mood makes statements--a definite attitude; the imperative mood issues commands or requests--an insistent attitude; and the subjunctive mood expresses situations that are hypothetical or conditional--a tentative attitude. 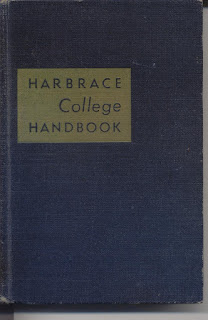 Indicative Dannice calls me every day.

Imperative Call me every day, Dannice

Subjunctive It is important that Dannice call me every day.